The Charming Way to Discover Berlin 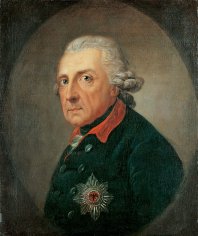 On the occasion of the 300th birthday anniversary of King Frederick the Great, Potsdam - the city of palaces - will be in the centre of action. Nowhere else in Germany have the Prussian Kings left behind such tremendous marks than on Potsdam, today’s Federal State Capital of Brandenburg. They created an artistic masterpiece comprising twelve beautiful palaces and three magnificently arranged garden landscapes of architectural and horticultural variety idyllically nestled in the many woods and scenic lakes of the River Havel. Vast parts of Potsdam have been declared UNESCO World Cultural Heritage in 1990.
Potsdam’s star attraction in 2012, however, will not be Frederick’s summer residence, the Sanssouci Palace, but the significantly larger "New Palace". From 28th April to 28th October it will accommodate the majestic exhibition "Friederisiko", organised by the Prussian Palaces and Gardens Foundation Berlin-Brandenburg.

Schoenebeck-Kulturarrangements (SKA) undertakes and organizes during the complete time of this exhibition the theme bike tour “Frederick the Great“ through Potsdam. The tour lasts 3 hours, starts at Potsdam Central Station and ends at the New Palais, where you visit “Friederisiko” in the aftermath. Of course, we can organize the tickets in advance!

Frederick the Great | Potsdam by Bike